Skip to content
Two Successful Kickstarters In One Year: Here’s What I Learned

So you want to launch a successful Kickstarter do you? Well, having just completed my second successful campaign in one year, I’m happy to share what I learned. Here are a few of the ‘Goods’ I picked up during this experience:

1) Kickstarter Is The New Diamond
Sorry Diamond, you FINALLY have some real competition out there. For many years, indie creators had to enter Diamond’s doors for an inkling of a chance of being successful. And even then,your chances were dicey at best. But you’ve got to get into stores to be seen, right? Nope, not the case any longer.

Kickstarters are truly a way to reach a new audience with your book. Of the 167 backers for my project, The Undone, more than half were backers I had had zero previous contact with before in my life. Sure, I had some friends and family that wanted to support me, but overall, the response I got was from real comic book readers interested in seeing my vision come to life.

And with that said, the other, most important fact I’ve learned having waded through the crowd funding waters is this:

2) Kickstarter Will Save Printed Comics
Kickstarter may not save comic books stores out there (or maybe they will – more on that in a moment) but they will indeed save the printed comic book as an art form. I offered digital rewards across the board, and they were definitely met with backers looking for a way to read the story and not put down an arm and a leg.

But overall, the most excitement I got were for people who liked printed comics, something tangible to hold in their hands. HEck, for my Sire #9 Kickstarter that just recently wrapped, I offered readers different rewards that included combinations of single issues and the trade paperback. Overwhelmingly, the majority of folks wanted the single issues. These are the same single issues (minus the 1st) I almost NEVER sell when I’m at my convention table year in and year out.

Again, these are comic book fans looking for comic books. Digital has proven to be great on the secondary market for me and a lot of creators out there. But with limited print runs being so affordable, this keeps the COLLECTIBLE aspect of comics alive and well.

Now let’s come full circle with my last “Good” from this experience:

3) Kickstarter Is The New Model
I kind of touched on this in Good #1, but Kickstarter is now the new model for releasing indie comics. I launched The Sire a way back in 2006 and it had a modestly successful run in Diamond (over 1700+ copies sold of issue #1, approximately 6,500 total across issues 1-6 plus the TPB). But following volume 1, my numbers just weren’t enough for Diamond to sustain me in their catalog. Thus the long gap between issues 6+7 (about 4 years)

Once digital entered the game, however, I saw a renewed interest in my character. But without Diamond how was I going to justify the cost for continuing this concept going forward? Enter Kickstarter. I’ll admit I was heistatnt at first because I don’t like asking my friends and family for money. But once I got past that misguided stigma of what Kickstarter I thought it was, I began to realize what it actually is: essentially a pre-order for the new issue and a way to reach a new audience. 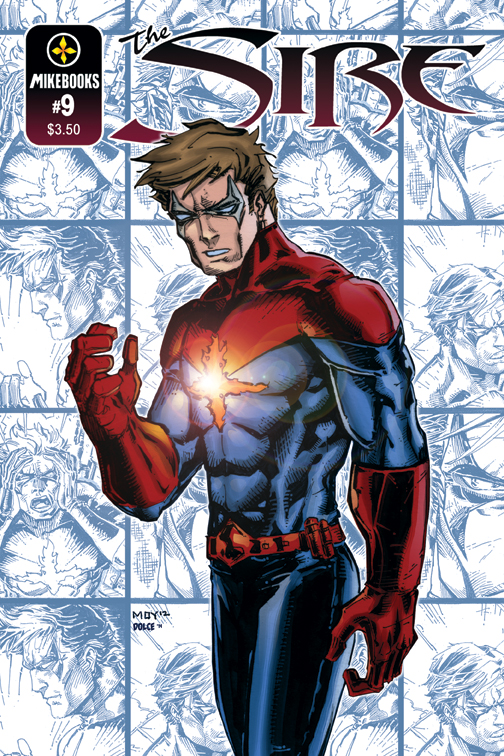 Not that money is the end all, be all, but the money i raised on The Sire #9 is the equivilant of what I made on most single issues through Diamond. And we’re talking GROSS, not NET (ie: i lost a ton of money on issues 4-6). Subtract the modest printing cost and financially speaking, the Sire #9 is one of the most successful issues of The Sire to date! How about that, huh?

I could go on an on but I think everyone gets the point. Kickstarter is one of the coolest developments to hit our generation in a long time. But that doesn’t mean it’s all fun and games. Next week, I’ll tackle the “Bads” endured while putting on these campaigns. They include promotion, preparation and oh-those-pesky deadlines.