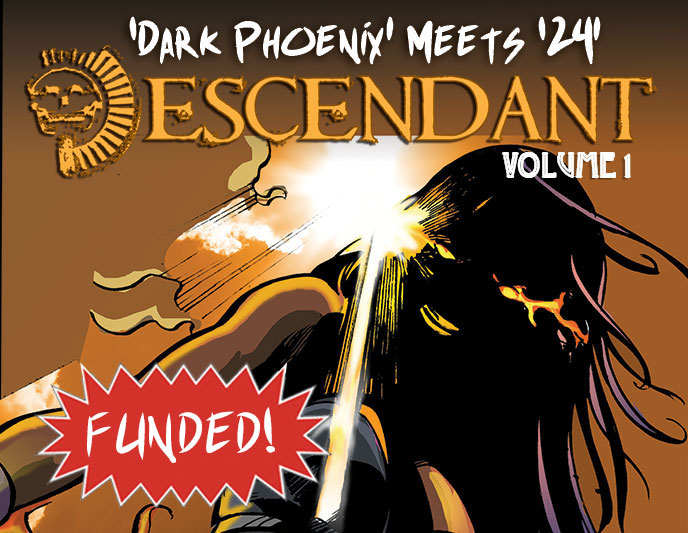 Sire Studios is proud to to announce the Descendant Volume 1 on Kickstarter has successfully been FUNDED! From the entire team: Michael Dolce, Marcus Perry, Mariano Navarro and Brant Fowler, we want to say THANK YOU to all who supported, tweeted, shared and helped make this happen. We created a superhero espionage take that was really fun, unique and surprisingly more relevant today than ever before and are truly blessed to have made this DESCENDANT Kickstarter Trade a reality!

MISSED OUT?
Not to worry! You can still purchase the book from our web site (you just can’t get in on all the cool reward packages from the campaign). Maybe next time! Click here or the button below to pre-order a copy of the book. We expect to start shipping soon.

How Do I Participate?
Just stay tuned – our next Kickstarter is coming in March 2020 for the new issue of The Sire!